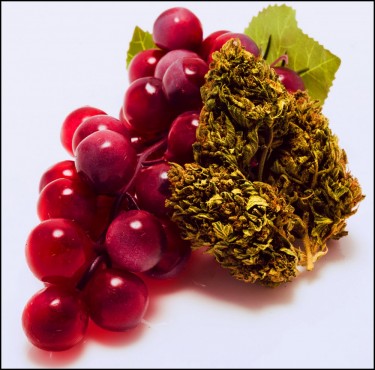 Everyone’s favorite herb and one of the most popular alcoholic drinks, wine, actually have much more in common than you think.

Aside from being the ultimate relaxant and/or social lubricant for many, both cannabis and wine share a variety of interesting characteristics as well as complexities. It’s no surprise why weed pairing dinners have become popular in legal states as one would do a wine pairing dinner. Both are widely used recreational “drugs” of choice and they do share some similarities:

Unwind: Cannabis users and wine drinkers can consume their medicine when getting home from work, often for taking the edge off the day and decompressing. A small dose, such as a puff or two of weed or a glass or two of wine, certainly does lots to enhance an evening or a meal during the week, promoting deep rest. For as long as you can manage your wine intake to avoid alcoholism or heart disease, then you can enjoy the numerous health benefits of wine.

Numerous clones and varieties available: Both the wine and cannabis industries are impacted by the type of clone or variety that the producers work with. The flowering time, yield, and even the aromatic profile of cannabis as well as grapes are influenced by the clone that has been used.

Product lines: Cannabis can be used on its own but it can also yield numerous other products such as tinctures, oils, edible foods, and concentrates. In the same way that wine can also be used to create other products such as sauces, vinegars, and syrup. What’s interesting is that we are only in the beginning of seeing what cannabis can produce; the industry will surely continue to expand in this area this year onwards.

Appellations: Appellations refer to how the location a grape was grown in affects its quality. Cannabis has its own appellations too, especially when it comes to climate, soil, and elevation. This is why certain strains are best grown in colder climates, while other strains grow better in warm conditions.

Tourism: Travel doesn’t get more fun than including wine and weed at your specific holiday destination. This is why millions of people flock to Italy to enjoy the wine with the food, or the vineyards of Australia, South Africa, Chile, and much more. It’s also why people flock to California for its home grown herb, Amsterdam, Spain, and much more.

Start lobbying: Cannabis is a legal agricultural product, and so is wine. But it isn’t 2010 anymore; it’s 2021 and cannabis businesses need to be treated as such. It isn’t the nascent industry that it was in the recent past, but unfortunately it’s still illegal at the federal level. This has made them prone to banking hurdles, which is why so many cannabis businesses still operate on a cash basis.

Avoid making your product too hard to reach. Sure, there are snobby wine sommeliers who will only drink wines from certain regions or have certain notes, but imposing that kind of marketing attitude on the millennials with high purchasing power might just turn them off. Let your consumers know that they don’t need to take up a course just to understand the basics of knowing what they need to appreciate cannabis – just like wine. After all, if you like merlot you like merlot, there’s no reason you have to come up with reasons to justify its aroma, flavor profile, or other crazy information. Stay down to earth.

Invest in consumer education. While having a wine sommelier in their industry is definitely a good thing, having a similar kind of authority label in the cannabis industry will benefit people who want to learn and understand more about its specifics. This would be helpful for aspiring budtenders, as well as people who want to get in the business after not having a background smoking weed during their college days. There is certainly an opportunity for the marijuana industry to create various certification levels that can benefit those who want to make a career out of it in the retail space.

Promote your appellations. Whereas Napa is famed for specific wine varieties within its appellation, the Emerald Triangle could have its own, too. A terroir produces certain high-quality strains and varieties that can eventually make itself known in the global marketplace if producers learn how to take advantage of it properly and market it as such. This is what gives the Burgundy wines from the said region of France its unique charm, so why not other regions within the USA too?

Promote your boutique operations. Mom and pop operations within the cannabis niche need not worry about big business. Keep in mind that there are already many consumers who appreciate boutique production and don’t mind paying for quality product. Though surely the audiences for large corporations and mom-and-pop are completely separate, the boutique wine producers prove that those in the cannabis industry have nothing to be afraid of.

Given that the wine industry has already succeeded as an industry worth billions of dollars a year globally, with a huge number of books written about its appreciation, history, palate, and grading systems to name just a few aspects, there’s no reason that cannabis can’t achieve the same or even greater.

Though they are similar in many ways, cannabis cures many ailments that wine can’t – and in some cases, even contributes to, such as hangovers, liver problems, and pain. It will only take a while for society to reach that point but given all the achievements of the industry, we’re already winning half the battle. 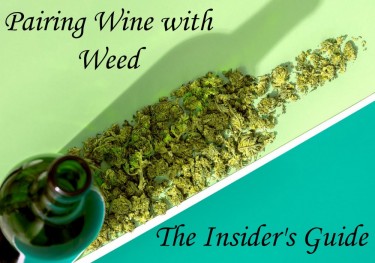 PAIRING YOUR WINE AND WEED STRAINS, THE INSIDER’S GUIDE! 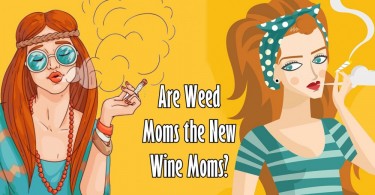 ARE WEED MOMS THE NEW WINE MOMS, THE SURVEY IS IN!