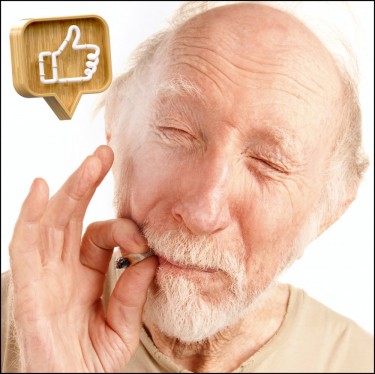 Our parents and grandparents, pretty much anyone over the age of 65, are among the most vulnerable in the population.

Their age alone makes them prone to so many illnesses and conditions because it’s simply part of getting old. Things that afflict the elderly can range from seemingly harmless insomnia and back pain, and there are also those who are dependent on medications for chronic pain, kidney disease, Alzheimer’s, and so much more.

Because of that, it isn’t surprising that more and more of them are looking for safer ways to medicate in order to manage a wide assortment of health problems. A recent study published in the Journal of American Medical Association revealed that cannabis use among those aged 65 and up continue to increase steadily. Specifically, they found that consumption among this demographic within the last year spiked from 2.4% to 4.2% during the years 2015 through 2018.

We expect that these figures will only continue to increase as more elderly people become educated on the vast uses and health benefits of cannabis for their conditions.

Here’s what the latest studies have to say about the benefits of cannabis for the elderly:

Cannabis Use Linked To Reduced Hypertension Among Elderly Patients

Data recently published earlier this month in the European Journal of Internal Medicine revealed that elderly subjects with hypertension were found to respond well to cannabis treatment. The data was taken from the results of a study conducted by researchers affiliated with the Ben-Gurion University in Israel.

For the trial, they analyzed the effects of cannabis on 26 elderly patients with an average age of 70 during a three-month period. The participants were asked to consume cannabis either by smoking or orally, after which the researchers took note of the results after engaging in several tests including ECG, 24-hour ambulatory blood pressure monitoring, anthropometric measurements, and blood tests. They found that the biggest improvements they saw were in the 24-hour blood pressure tests after 90 days.

“Cannabis treatment for three months was associated with a reduction in systolic and diastolic blood pressure, as well as heart rate,” write the researchers. Additionally, the patients did not exhibit any symptoms of heart arrhythmias during the trial.

“Older adults are the fastest growing group of medical cannabis users, yet evidence on cardiovascular safety for this population is scarce. This study is part of our ongoing effort to provide clinical research on the actual physiological effects of cannabis over time,” says Dr. Ran Abuhasira, one of the study authors.

Long-Term Use Of Cannabis Not Associated With Cognitive Differences

Another study whose results were published in September 2020 revealed that elderly adults who consume cannabis long-term for treating chronic pain didn’t exhibit any differences in cognitive performance.

The study, whose findings were published in the Drug and Alcohol Review journal, involved analyzing the cognitive performance of 63 elderly participants whose mean age was 61, and compared it to 62 control subjects who weren’t cannabis consumers. They made use of cognitive tests such as reaction time, memory recall, and their ability to absorb new information as well as other performance benchmarks.

The researchers found “no significant differences in cognitive function” among each group. “In this sample of individuals with neuropathic pain, no significant differences were found in cognitive performance between non-MC [medical cannabis] licensed and licensed patients, and evidence for lack of an association was stable and moderate. In addition, no significant associations of various aspects of MC use patterns, including THC/CBD concentration, frequency and length of use, dosage and length of abstinence with cognitive performance were detected. Moreover, both MC licensed and non-licensed patients performed relatively similar to a standardized population with no chronic pain.”

Data released in the Journal of the American Geriatric Society revealed that 15% of seniors admitted to using cannabis within the last three years for therapeutic purposes.

The data was taken from a poll conducted by researchers at the University of California at San Diego, who surveyed 568 respondents in a southern California geriatric clinic. All the participants were at least 65 years old, while 73% of them were above the age of 75. Among those surveyed, 15% said they used either cannabis or CBD in the last three years while more than half of the respondents said they used cannabis products either daily or each week. Meanwhile, 78% of them said that their use was medical in nature, mostly to treat their pain, anxiety, or improve sleep.

It was also interesting that many of these users said they started using cannabis while in their golden years, but less than half of all the elderly respondents said they spoke to their health care provider about their cannabis use.

“It is not surprising that a rising percentage of seniors consider cannabis to be a viable therapeutic option in their later years. Many seniors struggle with pain, anxiety, restless sleep and other conditions for which cannabis products may help mitigate. Moreover, many seniors are well aware of the litany of serious adverse side-effects associated with available prescription drugs, like opioids or sleep aids, and they perceive medical cannabis to be a practical and potentially safer alternative,” comments Paul Armetano, NORML Deputy Director, on the study’s findings. 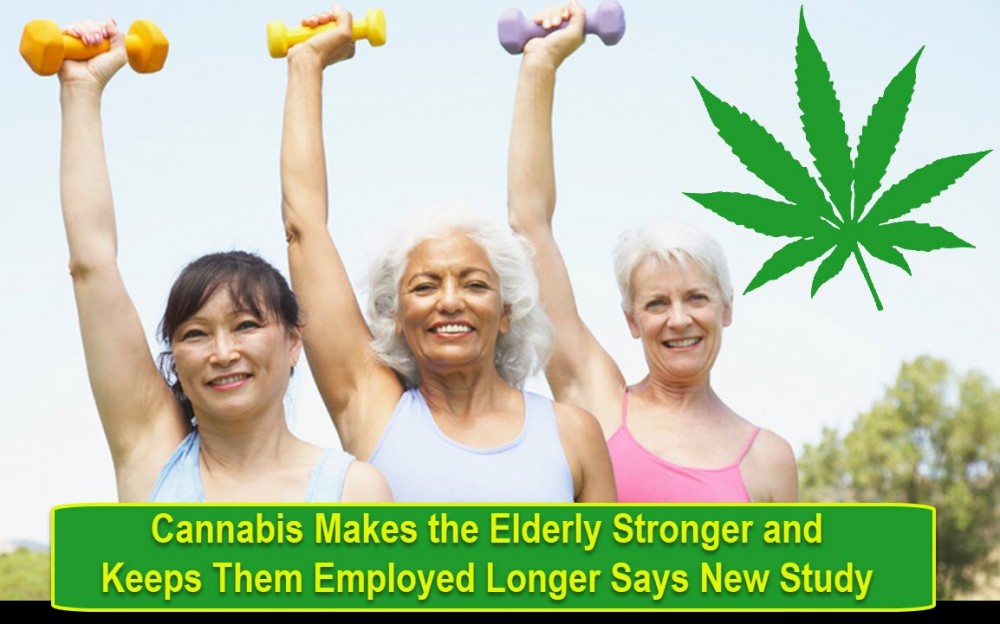 CANNABIS AND THE ELDERLY, WHAT CAN THEY DO? 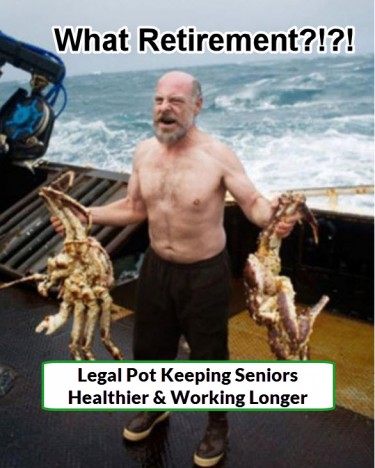 CANNABIS IS KEEPING THE ELDERLY FIT AND WORKING LONGER!