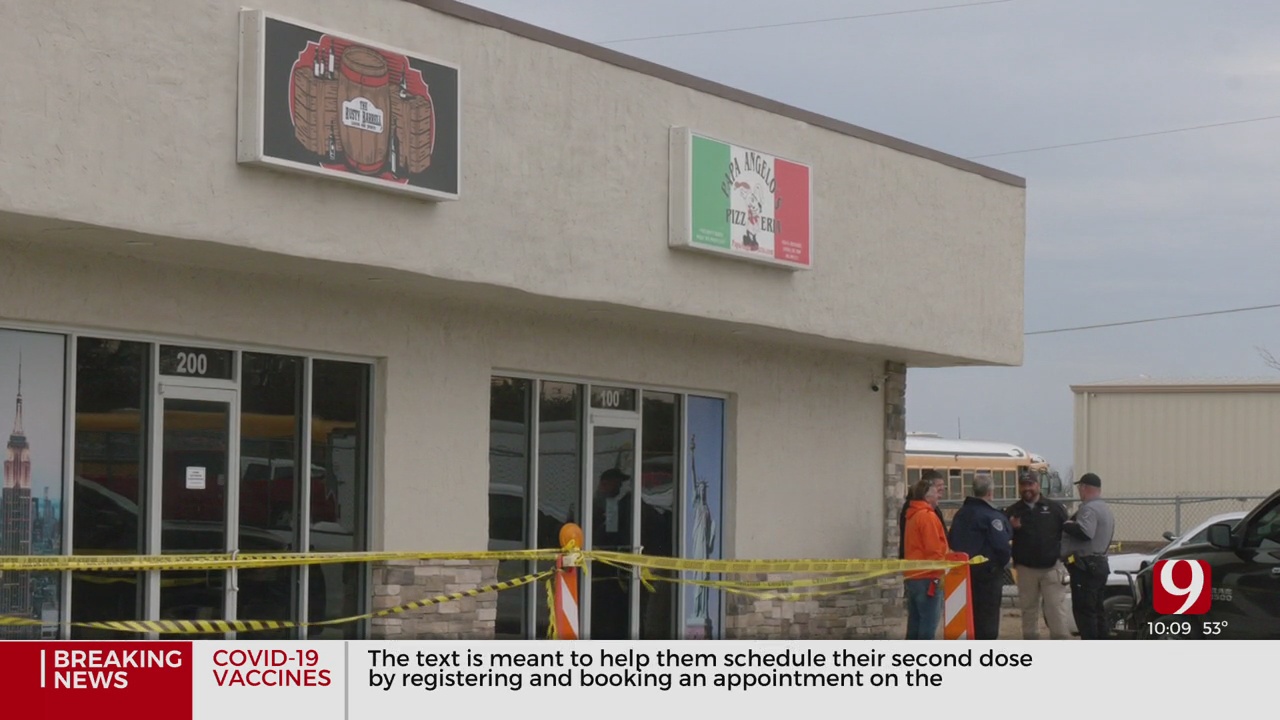 Investigators said there is more to a flash fire explosion at what appeared to be a restaurant in the city of Jones. State inspectors said the business is an unmarked marijuana processing facility.

“The fire department informed me that there was a flash explosion in one of the businesses injuring three people,” Ray Poland, Mayor of Jones said.

Investigators said the explosion blew down the wall of the neighboring liquor store. They called in the Liquefied Petroleum Gas Administration to investigate.

“I got a call of some cylinders stored inside of a pizzeria that caused a little flash fire explosion. When I arrived on scene found out it was a processing facility for marijuana,” Nicholas Nadeau, state enforcement officer said.

Nadeau said not only was the business operating under a sign of a previous business, but they were also not up to code.

“We found that the extraction room, the C1D1 rated room was not vented properly and had not been inspected by city or state officials and had been installed a month ago from a company out of Arkansas,” Nadeau said.

Nadeau said working with a non-odorized gas and a faulty installation is all that’s needed to cause an explosion.

“Most of the explosions or flash fires are due to using a non-odorant propane, butane or propane butane mix, isobutane. If it’s not installed properly or not tested properly you can get a leak,” Nadeau said. “Vapor can accumulate. Once it finds an ignition point either from pants, a jacket, a shirt, cell phone whatever the case may be it will ignite at that point.”

Investigators said the victims suffered minor burns. The owners of the marijuana processing facility are under investigation.