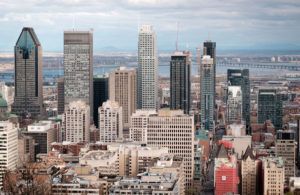 Following up on encouraging news in August from Willow Biosciences about its large production runs of biosynthetic cannabigerol (CBG), another biotechnology company has announced the first sale of CBD produced using a similar fermentation process.

Hyasynth, based in Montreal, used a proprietary yeast strain it modified to contain the genes from cannabis responsible for synthesizing CBD. The process, which the company says takes less than one week, would drastically reduce the time currently needed to grow and extract CBD from greenhouse-grown cannabis or farm-grown hemp.

Kevin Chen, CEO of Hyasynth, said, “Our head start in this area was a key factor in us being the first to reach commercial sale of CBD and CBDA produced from a reliable and sustainable source.” He also stated the company is “focused on engineering strains of yeast to produce the active compounds of cannabis without having to grow plants.”

Cannabis plants contain only a small percentage of CBD and other cannabinoids, making CBD extraction a costly process that results in most plant material being treated as waste.

With biosynthesis, each genetically altered cell—in this case yeast—acts as a factory to produce large amounts of CBD, making this method more efficient and potentially less costly.

By bypassing the need to extract cannabinoids from cannabis or hemp plants, biosynthesis could be a boon to provide cannabinoids for the manufacture of recreational cannabis 2.0 products—vapes, chocolates, and beverages—that require large amounts of purified and concentrated cannabinoids.

Whether biosynthesis will benefit the production of pharmaceutical products remains to be seen, given ongoing research about the entourage effect—the purported therapeutic value of combining cannabinoids and terpenes present in plant material and full-spectrum products. Nevertheless, these developments are a promising part of a move to medicalize the production of cannabinoids along the lines of pharmaceutical APIs.

Hyasynth—supported by Organigram, a Canadian cannabis company that invested $10 million in the biotech company in 2018—is now scaling up the production process for both CBD and CBDA, and hopes to be able to deliver large amounts of these cannabinoids in 2021.

The company did not reveal any information about who bought the synthetic CBD.