I was born and raised in Los Angeles, CA. I was there till I was almost 19, went to Cal State Northridge University, studied philosophy, psychology. Then I decided to take a trip, to leave California and to find myself. I travelled all around Europe, and then, of course, I ended up in Israel, in a rabbinical school, where I did indeed find myself. I stayed there for 19 years. I studied, became a rabbi, got married, started a family.

And then we were recruited to go to Texas to do outreach work —not exactly missionary stuff, because we weren’t trying to convert anyone to Judaism; but rather to enrich the lives and strengthen the connection with people who are already Jewish. I was already involved in kosher certification before, so when I got to San Antonio I became head of the local kosher agency. I got most of my training and experience there, and when I left San Antonio for Houston, I started my own kosher agency.

Which is also when my five-year-old son was diagnosed with brain cancer. We went through all of the mainstream protocol, of surgery, radiation and chemotherapy. For a while, he was on the mend. And then, a year later, he had a relapse. We went through the options – which all seemed to be about choosing between different kinds of chemo. And my son didn’t do well with chemo, at all. Every single possible side effect happened to him. Every single one. During that protocol we were virtually living in ER. It was horrifying.

By the time he had the relapse, we were already researching into cannabis: we heard cannabis stimulates appetite, and we were trying to get him to eat. We were trying to rehabilitate him after the brain surgery, because in the beginning, he couldn’t move, he couldn’t walk, he couldn’t talk, they had to put a tube in his stomach for eating. But he was slowly regaining his faculties, and we heard cannabis could stimulate appetite, so we wanted to give that a go. 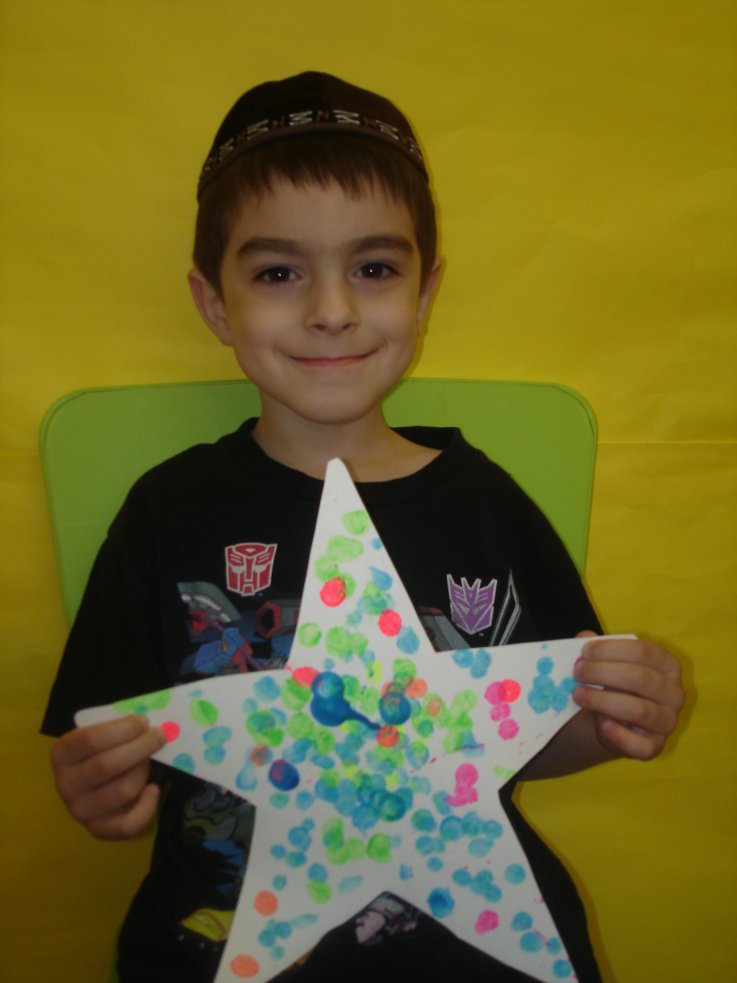 We flew to California and hooked up with a doctor, who gave us a prescription for raw cannabis flowers that we had to juice. Because, according to the doctor, if you juice the raw flower, it has all of the beneficial properties without the psychoactive effects. Because of our lack of knowledge and lack of instructions we’ve tried other forms of cannabis before, and my son experienced some episodes with the psychoactive side of it—it was terrifying. We ended up on a cannabis farm, where these two women helped us—G-d bless them.

So we were juicing flower tops, getting him some CBD oils, and he was doing really great. We couldn’t stay in California, though, and went back to Texas, and the people on the farm agreed to send the medicine to us. The first package came through.

The second one was discovered by the feds, who confiscated it and closed down their farm.

Elisha, our beloved son, wasn’t getting his medicine anymore. He declined. We flew to Manhattan for a different kind of experimental protocol, but before we could get started he fell into a coma, for about three months—and then he passed away.

But then people started coming to us, asking about cannabis treatments. Not just cancer patients: cannabis is by no means a panacea, G-d forbids, but it’s terrific for alleviating many kinds of symptoms. For instance, I have one friend who gets terrible migraines. He gets one at least once a month, and it used to knock him out for like a week. He couldn’t function. No medicine would help him. It used to be the only thing that would help this guy’s migraines was to go get a tattoo. So, he has tattoos all over his body. I’m not joking—maybe not literally all over his body, but it’s a lot of tattoos. And today? When he gets a migraine he’ll take a puff from a vape pen and a gummy and then he’ll go to sleep and then awake next morning—feeling completely fine. I have a neighbour here in Texas who has lupus and it’s really a lot of help for her, but she’s not able to just fly to Florida, Colorado and whatever every time she needs a prescription. I know one guy who has a very sizeable business in CBD oils. But he also works a few days a night delivering cannabis products to people. And who do you think calls him? It’s not teenagers partying. It’s old people, sick people, who bless him with tears in their eyes because they need this medicine, it relieves their pain, it helps them sleep. So this is the kind of people that I do this work for.

It started with a person here and a person there, but it very quickly became apparent there was a huge need for it. I first approached CannaKids in California: they manufacture and distribute strong cannabis products for kids. The founder originally set out to create cannabis treatment protocols for her own daughter, who also had a tumor. I went there, met them, we gave them the certification, and then it started to branch out. The CBD market of course started to offer that there should be CBD products that are Kosher. We went to an MJBiz Conference (MJBizCon) in Las Vegas and just started to offer people Kosher cannabis. A short while later we went on LinkedIn and it grew very quickly from there.

Why drugs need to be kosher

People hear “kosher edibles” and get some very particular ideas. I don’t approve of recreational use, myself. But I also can’t limit my work strictly to classical medicinal marijuana and exclude edibles. Because many people, for whatever reason, might not be able to get medicinal marijuana where they live, or if they travel for instance, and still have some need for cannabis. And besides, different people absorb different chemicals differently. Some can take a pill; others need oils or inhalations; others can only properly get the desired medicinal effect through an edible.

And this is where kosher certification comes in. Because for many Jewish people, the legality or illegality of cannabis is only half the problem. The other half is they cannot know if what they are consuming is kosher or not—if its production abides by Jewish dietary laws.

If you’re reading this, you might be thinking—huh. How can cannabis, or any plant, be kosher or non-kosher? Kosher is just about pork and seafood and not mixing meat and dairy, right? Well, not exactly. Kosher laws specify what we can eat (cloven-hoofed animals, like cows; and sea creatures that have scales and fins, like fish), and excludes everything else. Bugs, for instance, are out—just like shrimps are. So, if you were chewing on raw cannabis leaves, and these leaves were infested with bugs, and you accidentally ingested those—that would be a transgression.

Luckily, people don’t do that—the closest they get is drying and smoking the flower tops which does not present a kosher issue. Any insects caught up in the process are incinerated, and anyway, you’re not swallowing them. So that’s not a problem. The problem begins with more processed forms of cannabis. For instance, gummies and capsules: both are often made with gelatin, which is basically melted cow bones—or even pig bones. Not appetizing to begin with, but the issue for us is that even a cloven-hoofed animal is not kosher unless it’s been ritually slaughtered. So, if you’re consuming cannabis in gummy form, you have no way of knowing that the gelatin is kosher. We are currently working with four processing plants that are converting to pectin—which is plant based, so it’s in the business’s own interest: no one actually wants to be eating melted bones, so pectin-based will appeal not just to Jews, but also to vegetarians, vegans, Hindus—and, of course, Muslims, who already often seek out kosher labels because if something is kosher, it’s also guaranteed to be halal. Oils, like vaping oils or CBD, are a different problem, because some oils are extracted using ethanol, which comes from grapes—and there’s a whole set of kashrut laws that deals with grape-derived alcohol, because of how important wine is in Jewish rituals, going all the way back to the Temple. A kashrut label also tells you that a different kind of extraction has been used.

It’s not that that Judaism hasn’t engaged with cannabis beyond the kosher/not kosher question. There’s a debate about whether the weed is mentioned explicitly in the Torah. For instance, one very important rabbi, Aryeh Kaplan, notes that among the spices they used for the oil with which they anointed the High Priest was “kanneh bossem”, fragrant reed, which rabbi Kaplan claims may be cannabis. Archeological digs in Israel that discovered domestic and local altars—bamahs—found traces of cannabis being burnt, presumably as offering.

To me, it goes deeper still. It’s well-known in Hebrew rabbinical thoughts that all weeds and herbs have been uniquely blessed with the ability to heal. And there you have this weed with tremendous beneficial powers that’s been ignored for centuries and then disparaged and maligned and cast aside. But as we learn from Psalms: “The stone the builders rejected has become the cornerstone.” The world is changing—this rejected herb is becoming the cornerstone of so much beneficial treatment, helping so many people who are sick.

So sure, you can say I’m on a mission. I want to bring this medicine available to more people—certainly to people who would consider using cannabis to ease their pain but are holding back because of religious reasons or stigma. But I also want to help break the barrier. I know this couple in my neighborhood whose baby was having seizures, like 300 seizures a day! We suggested they should try Charlotte’s Web CBD. They said “No, it’s cannabis, we went to a Rabbi and he said no.” The seizures went on, the kid ended up with brain damage, the parents got divorced because the father couldn’t handle it anymore, and this stigma, this prejudice, deeply damaged a child and broke up a family. It’s a terrible situation. There are countless stories like this. My mission is to remove the stigma and make this medicine more broadly available.

As told to Dimi Reider.

The views expressed in this article are the author’s own.